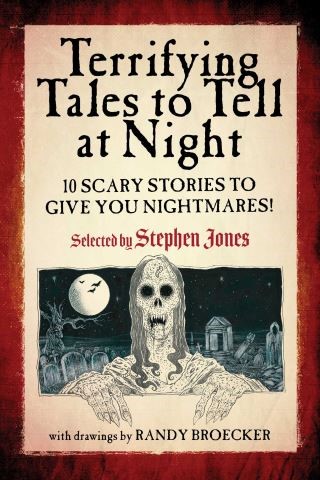 Terrifying Tales to Tell at Night

10 Scary Stories to Give You Nightmares!

For the fans of Scary Stories to Tell in the Dark, here comes a new illustrated children's horror anthology with works by Neil Gaiman, Sephen King, and more. You have been warned!

The stories in this book are scary. Real scary! After reading these horrible tales and staring at the creepy drawings, don’t complain that you couldn’t sleep or they started haunting your dreams—we warned you!

If you love ghosts and monsters and enjoy getting goosebumps, this spine-chilling book is for you! Inside, you will find:

So, whether you’re reading this book alone or with friends, get ready to be afraid. Very afraid!

Randy Broecker has provided numerous illustrations for horror and fantasy books and magazines on both sides of the Atlantic for more than thirty-five years, His art has graced the stories of such luminaries as Ray Bradbury, Ramsey Campbell, Neil Gaiman, and Tanith Lee, among many others. He is the author of Fantasyof the 20th Century, a World Fantasy Award–nominated art book. He lives in Chicago.