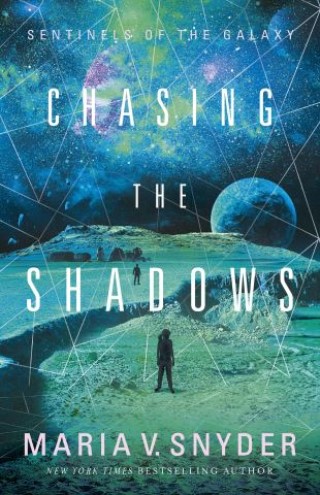 Okay, so I only died for sixty-six seconds. But when I came back to life, I got a brand new name and a snazzy new uniform. Go me! Seriously, though, it's very important that Lyra Daniels stays dead, at least as far as my ex-friend Jarren, the murdering looter, knows.

While dying is the scariest thing that's happened to me, it morphed my worming skills. I can manipulate the Q-net like never before. But Jarren has blocked us from communicating with the rest of the galaxy and now they believe we've gone silent, like Planet Xinji (where silent really means dead).

A Protector Class spaceship is coming to our rescue, but we still have to survive almost two years until they arrive - if they arrive at all. Until then, we have to figure out how to stop an unstoppable alien threat. And it's only a matter of time before Jarren learns I'm not dead and returns to finish what he started.

There's no way I'm going to let Jarren win. Instead I'll do whatever it takes to save the people I love. But even I'm running out of ideas...

'Smart, witty and full of heart, Navigating the Stars had me hooked from the very first page!' - Lynette Noni, bestselling author of The Medoran Chronicles

When Maria V. Snyder was younger, she aspired to be a storm chaser in the American Midwest so she attended Pennsylvania State University and earned a Bachelor of Science degree in Meteorology. Much to her chagrin, forecasting the weather wasn't in her skill set so she spent a number of years as an environmental meteorologist, which is not exciting…at all. Bored at work and needing a creative outlet, she started writing fantasy and science fiction stories. Over a dozen novels and numerous short stories later, Maria's learned a thing or three about writing. She's been on the New York Times bestseller list, won a half-dozen awards, and has earned her Masters of Arts degree in Writing from Seton Hill University, where she is now a faculty member.

Her favorite color is red. She loves dogs, but is allergic, instead she has a big black tom cat named…Kitty (apparently naming cats isn't in her skill set either). Maria also has a husband and two children who are an inspiration for her writing when they aren't being a distraction. Note that she mentions her cat before her family. When she's not writing she's either playing volleyball, traveling, or taking pictures. Being a writer, though, is a ton of fun. Where else can you take fencing lessons, learn how to ride a horse, study martial arts, learn how to pick a lock, take glass blowing classes and attend Astronomy Camp and call it research? Maria will be the first one to tell you it's not working as a meteorologist.

Readers are welcome to check out her website for book excerpts, free short stories, maps, blog, and her schedule at MariaVSnyder.com.