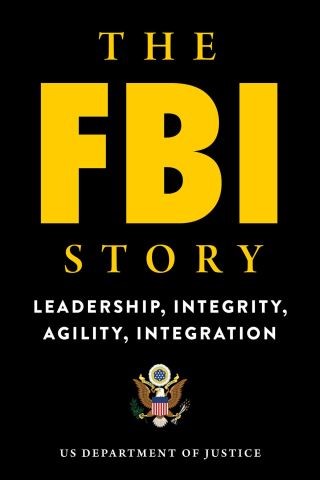 From the US Department of Justice, the true stories of the world’s top national security agency—the FBI—revealed for the first time!

There has been much turmoil at the Federal Bureau of Investigation as of late, including the firing of James Comey, the installation of Christopher Wray, the ongoing investigation into President Donald Trump’s ties to Russia, and more. The FBI Story provides a look inside at the top intelligence organization in the United States and presents one hundred of the FBI’s most recent fascinating cases and how they were solved. Featured inside are incredible true stories, such as:

Each of the case studies reveals dangers that the world’s best crime-fighting team tackles every day. The stories of deadbeats and their takedown were specifically chosen by members of the FBI’s own team and are given a full page in the book that delves deep into the story.
There’s also an introduction by FBI Director Christopher Wray that presents insight into the secretive organization, its crime fighting techniques, and a framework for the stories to come. An index in the back of the book organizes the contents into themes such as white-collar crime, organized crime, foreign counterintelligence, crimes against children, and cyber crimes.

U.S. Department of Justice: The Federal Bureau of Investigation operates out of the U.S. Department of Justice and is the United States’ national security organization. It confronts threats that challenge the foundations of American society or involve dangers too large or complex for a local or state authority to handle alone. Its thirty-five-thousand-person staff has bases around the world, but its headquarters is in Washington, DC.